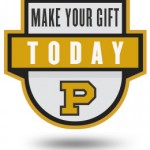 Over the years, the Midwest Regional Turf Foundation (MRTF) has shown tremendous stewardship of the funds it brings in through donations, membership dues, and registration fees. These funds have been multiplied through investment in the following endowments which provide a permanent mechanism to support turfgrass research and education at Purdue University for the life of the program. We invite you to be a part of this legacy by contributing to one of the below endowments.

As we look to the future of the turf industry, we see the Purdue Turf Program as a preeminent leader in the turfgrass industry. In order to attract and retain top students, educators, and scientists, a reliable source of research funding support is critical. With this vision in mind, the Midwest Regional Turf Foundation has created the MRTF Turf Program Endowment.

This new endowment started in 2013 will be primarily used to fund operating expenses at the Daniel Turf Center in order to ensure future turf research capacity. What makes this endowment unique is that it is a dollar for dollar gift matching opportunity! The goal of the MRTF Turf Program Endowment Challenge Match is to double the annual impact of this endowment, further enhancing turfgrass research at Purdue. All contributions to the MRTF Turf Program Endowment will be matched, dollar for dollar, doubling your philanthropic support. As of December 2015, this endowment has already grown to $130,000 with an ultimate fundraising goal of $500,000. We invite you to join in our commitment to Purdue Turf Science by making a pledge of $500 annually over the next 5 years.

In 1990 at the request of the MRTF, the Turf Research Fund endowment was established at Purdue with an initial $8,800 investment. Today this fund has reached a market value of over $450,000 thanks to the continued donations of the MRTF and the generous support of many. A portion of the interest earned annually in these investments is deposited into a spending account for turf program investments and the remaining amount being reinvested. These spendable funds are used for capital equipment purchases (mowers, sprayers, etc.) as well as classroom improvements for the Daniel Turf Center.

Donate to the Turf Research Fund

In 1984, The MRTF created its first endowment at Purdue University to honor the legacy of Purdue’s first turf professor, Dr. William H. (Doc) Daniel. Its purpose is to honor Dr. Daniel through research or scholarship support for deserving undergraduate and graduate students in the Purdue Turf Program. This endowment has grown since its establishment thanks to the generous donations of the MRTF and its membership as well as the Daniel family and their friends. Approximately ten students receive scholarships each year through this endowment.

Donate to the Daniel Turf Fund

Giving to Purdue can bring several tax advantages. Although you should always speak to your accountant or attorney regarding your taxes, this general information may help you make a decision about how or when to give.

Indiana taxpayers may take a tax credit of half (50 percent) of their gift to Purdue. For a joint return, the maximum credit is $200 (based on a gift of $400 or more), and for a single return, the maximum credit is $100 (for a gift of $200 or more). The tax credit directly reduces the “bottom line” of your state income tax by reducing the amount you owe in taxes. All it takes is your gift to Purdue and one simple form, the Indiana CC-40.

Contributions to the Purdue Foundation are deductible as charitable contributions within the limits of the Internal Revenue Code.

Cash gifts are deductible up to 50 percent of adjusted gross income, with any carryover applied within five years. For example, the net cost of a $1,000 cash gift to a donor in the 35 percent marginal tax bracket is only $650 after the $350 tax savings.